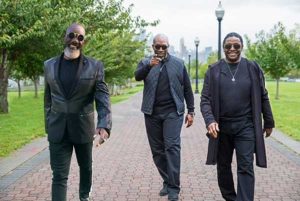 THE MANHATTANS were originally: Winfred “Blue” Lovett (passed Dec 9, 2014), Richard Taylor, Kenneth “Wally” Kelley (passed Feb 17, 2015), George “Smitty” Smith, and Edward “Sonny” Bivins (passed Dec 3, 2014). Blue and Smitty were out front as the group’s strong lead singers. Blue was also the group leader and an outstanding songwriter whose compositions with producer Joe Evans gave the group a string of hits on Carnival Records during the mid1960s.

When Smith became ill in 1970, Phil Terrell stepped in as temporary lead singer until a permanent replacement could be found. In the fall of that same year, Gerald Alston, whose style paid homage to the legendary Sam Cooke took over as lead singer. More a pop singer than either Lovett or Smith, Alston’s incorporation into the group enabled THE MANHATTANS to break out of their mold as “doo-woppers” and achieve major national success on Starday/King Records with a Teddy Randazzo love song entitled “A Million To One”. In 1972, Blue Lovett’s “One Life To Live” reached the top 20 R&B charts. With Alston handling all lead vocals and Lovett providing smooth spoken introductions, THE MANHATTANS moved to Columbia Records in 1973 where they collaborated with producer Bobby Martin on a string of hit ballads including, “There’s No Me Without You”, “We Never Danced To A Love Song” and “Hurt”. The most notable of these ballads was Blue Lovett’s “Kiss And Say Goodbye”, a platinum-selling #1 pop and R&B hit in 1976. In that same year, THE MANHATTANS teamed up once again with

producer Randazzo to record “Feels So Good”, “You’re My Life” and “There’s No Good In Goodbye”. In 1977, they performed at President Jimmy Carter’s Inaugural Ball and since then have received their share of platinum and gold singles, albums, and other industry kudos; most notably a 1980 Grammy for “Shining Star” written and produced by Leo Graham.

In 1985, THE MANHATTANS, wanting to enhance their show by adding a female vocalist to the act, chose Regina Belle after being introduced to her by legendary New York DJ Vaughn Harper. Spending two years touring with THE MANHATTANS, she appeared on the Bobby Womack-produced single, “Where Did We Go Wrong” (a duet with Gerald Alston). She also contributed to The Manhattans 1986 Columbia Records album, “Back To Basics”. A year later she was signed to the label as a solo artist.

After 16 years with Columbia Records, lead singer Gerald Alston took his turn as a solo artist with Motown Records; while Blue Lovett, due to doctor’s concerns regarding his health, decided to turn his attention towards producing and grooming new artists. The late 1980s found THE MANHATTANS pursuing individual interests within the industry.

In 1993, all that changed. With their 30th anniversary approaching in 1994, it was the perfect time to reunite. So, along with new members Troy May and David Tyson, a reunion tour was born.

On February 25, 1999, THE MANHATTANS were inducted into the Rhythm and Blues Hall of Fame.

In 2003, THE MANHATTANS released their first studio album in fifteen years featuring the beautiful ballad “Turn Out The Stars” which became one of the year’s best songs.

On August 15, 2012, THE MANHATTANS celebrated their 50th anniversary.

As any R&B enthusiast will attest, the name Gerald Alston has always been synonymous with soul, elegance, and sophistication. The one voice you never get tired of. Alston inherited some big shoes and has filled them admirably for over 17 years. Born in Henderson, North Carolina, Gerald Alston, the son of Rev. J.B. Alston and the nephew of gospel great Johnny Fields of the Five Blind Boys of Alabama, learned his trade in church.

As a teen, he formed Gerald Alston & the New Imperials, a group that performed both secular and religious music, called themselves The Gospel Jubilee when they appeared in churches. During a local appearance, Alston met the Manhattans when they borrowed equipment from Alston’s band.

When The Manhattans heard Gerald rehearsing, they loved what they heard and asked the 17-year-old to join the group.

Alston took over as their lead singer in 1970. The group enjoyed enormous success in the 70s and 80s with songs such as: “There’s No Me Without You”, “Wish That You Were Mine”, “Hurt’, “We Never Danced To A Love Song”, “Don’t Take Your Love From Me”, “I Kinda Miss You”, and “It Feels So Good To be Loved So Bad”. Their 1976 single “Kiss and Say Goodbye” was both a number one R&B and Pop hit.

The Manhattans won a Grammy in 1980 for the big hit “Shining Star”. After seventeen years, Gerald left The Manhattans to pursue a solo career. His debut album with Motown Records was entitled Gerald Alston followed by Open Invitation in 1990. His third album in 1992 Always In The Mood was a blend of classic R&B songs with ’90s music and nuances. In 1993, Gerald signed with Scotti Brothers/Street Life Records and recorded his debut album entitled First Class Only which Alston believes is one of the best albums he has recorded.

In the same year, Gerald reunited with Blue Lovett and The Manhattans for a 30th-year reunion performance. For the past thirteen years, The Manhattans featuring Gerald Alston and Blue Lovett have been enjoying newfound success, performing nationally and around the world. Just to name a few places, Japan, South Africa, Jamaica, and Bermuda.

Alston is looking forward to a continued singing career and bringing joy, happiness, and heartfelt soul to his many fans around the world.

Born to Laura Lee Tyson and Edward Lewis Harvey, David Tyson grew up in music. His brother Ron Tyson of The Temptations always had groups singing in the basement  of his mother’s home when he was a child. He discovered his love of music as a child by watching and listening to his brother’s groups at The Uptown Theater in Philadelphia.

David formed his own group Final Touch which won first place in an African-American talent contest later held at that same theater.

One day he got a call from his brother Ron telling him that The Manhattans were looking for a tenor. So… world-renowned choreographer Cholly Atkins connected him with Blue Lovett for an audition. Blue and Gerald liked his audition and he was hired.

Troy May, born in Camp LeJeune, North Carolina, and raised in Brooklyn, New York, has for most of his life had a love for music and the arts. Troy attended Julia Richmond High School’s “Talent Unlimited” program where he hung out with classmates Kadeem Hardison (A Different World), Malik Yoba (New York Undercover), and Lisa Lisa (Cult Jam) among others. During his tenure there, Troy studied music, acting, and dance.

Later in his career, he performed solo throughout the metropolitan area and worked as a demo singer for producers Herb Middleton and Tony Prendatt (former A&R director for Polygram Records) as he sought a recording contract. Troy was later introduced to Blue Lovett by longtime friend James Simmons. Together Blue and James assisted Troy in launching his career as a solo artist. In the interim, Blue Lovett and Gerald Alston decided to launch The Manhattans reunion tour. Blue offered Troy the opportunity to join the group and needless to say, Troy accepted wholeheartedly. Troy co-leads with Gerald on a song in The Manhattans dynamic stage show. In his spare time, Troy enjoys playing pool, listening to jazz, cooking, reading, and partying.

Edward Dwight Fields (passed Aug 26, 2016) was born on April 16, 1950, in Henderson, North Carolina. Son of Mattie and the late Johnny Fields, one of the founding members of the Five Blind Boys of Alabama. Dwight and Gerald Alston are first cousins and grew up together. They started singing at an early age and formed a group known as Gerald Alston and the New Imperials on Saturday night and on Sunday The Gospel Jubilee. The group performed all over the Carolinas.

After graduation in 1970 the group dissolved. Dwight went on to attend Halifax Community College in Halifax, Virginia. During that time he started a group known as the Authentics Unlimited and recorded on an independent label Cosmo records. In 1980 he produced two gospel albums the “Harmonizing Four” and “The Five Blind Boys of Alabama”. In 1997 he united with his cousin Gerald to work with The Manhattans featuring Gerald Alston and Blue Lovett. After the passing of Winfred “Blue” Lovett, Dwight stepped into the lineup of The Manhattans featuring Gerald Alston. 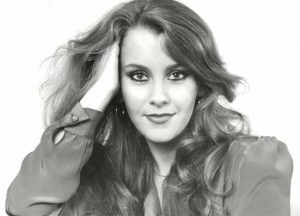 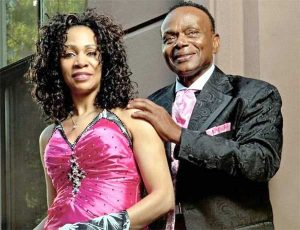 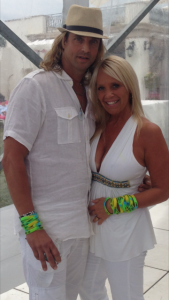 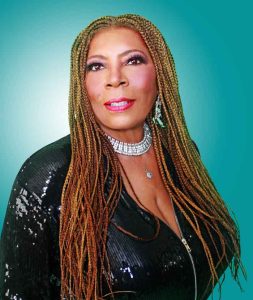 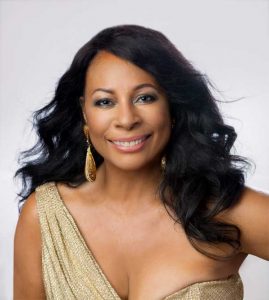 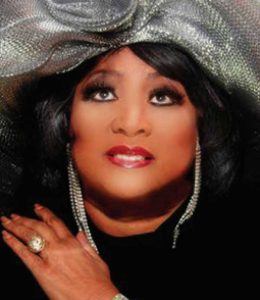